Changing the Landscape of Hiring 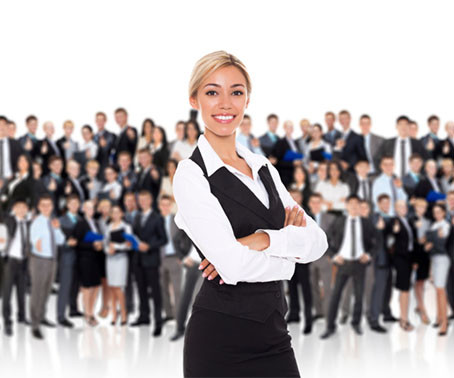 From my point of view, the job market is shifting from a company-driven affair into a candidate-driven situation. When the financial crisis occurred, there were so many layoffs that a larger than usual segment of the talented working population were on the bench looking for work. A decade or two ago, a company might have been lucky to hire a candidate with 60% of the skills they required. Beginning around 2009, companies became more selective and the definition of a qualified candidate became “He/she has 95%+ of the desired skills.” Employers basically held all the cards in negotiations and in candidate selection within the marketplace. That is no longer the case.

In just five years, the then barren employment landscape has become far more fruitful for those seeking new careers and new jobs within their industry. Candidates are leaving employers who they believed wronged or took them for granted during the recession in favor of new employers that have a more positive outlook. Some companies weren’t giving raises to the employees they retained during the recession and the fearful specter of a layoff was always lurking around the corner, causing employees to perceive a bleak situation.

In short, there has been a lot of movement in the employment ranks as candidates feel empowered and have been enabled by the positive jobs environment to seek out where the grass is proverbially greener. Candidates are realizing that they have wrestled control back from companies in the marketplace. If companies move slowly in their hiring process, they run a great risk of losing out on top notch talent as candidates are receiving multiple competitive offers from companies that realize that swiftness in hiring will put them in front of the curve.

These days I educate my company clients that, now more than ever, they need to figure out a way to move candidates through the interview process at a brisker pace. I understand that sometimes it is difficult to pin down hiring managers to schedule interviews when they are slammed in other components of their job. I also know that it can become an issue for human resources to convince hiring managers to spend the requisite time to review prospective candidates’ resumes.

Yet, I think the real issue is that companies do not have the right talent to drive the organization’s growth. It is a Catch-22; hiring managers don’t have the time to evaluate resumes or interview candidates simply because they are too busy due to the fact that they don’t have enough employees. I believe that the priority given to recruitment and the evaluation of new talent needs to become more urgent and, I also believe, that this realization needs to come from the top of the organization.

Priority #1 should be filling position voids and getting people to work. Priority #2 should be realizing that being too picky in regards to candidate selection can cause an organization to miss out on the best up-and-coming talent in the market. Priority #3 should be to realize that lowballing empowered candidates might cause you to miss out on an employee that can transform your company and add value that would far exceed the few thousand dollars extra it would have taken to get them to say, “Yes.”

I fully realize that the priorities of the corporate world differ from mine a tad. Of course, a recruiter would like to see their candidates hired more quickly, right? Yet, I am on the front lines of this sea change in the marketplace and maybe if these priorities are considered and acted upon, candidates and companies will benefit as well. I see lean transformations causing all functions of an organization to become more efficient but the hiring process hasn’t changed much despite the advent of fancy Applicant Tracking Systems and consulting groups owning corporate recruitment functions. Swiftness, efficiency, and clear communication between all parties involved will grow careers, drive corporate growth, and change the dynamic of the relationship between employer and employee.

Scott Heimberg has nine years of experience as an Executive Recruiter and, previously, he wrote for the Elgin Courier News while he finished up his degree in English from Roosevelt University.