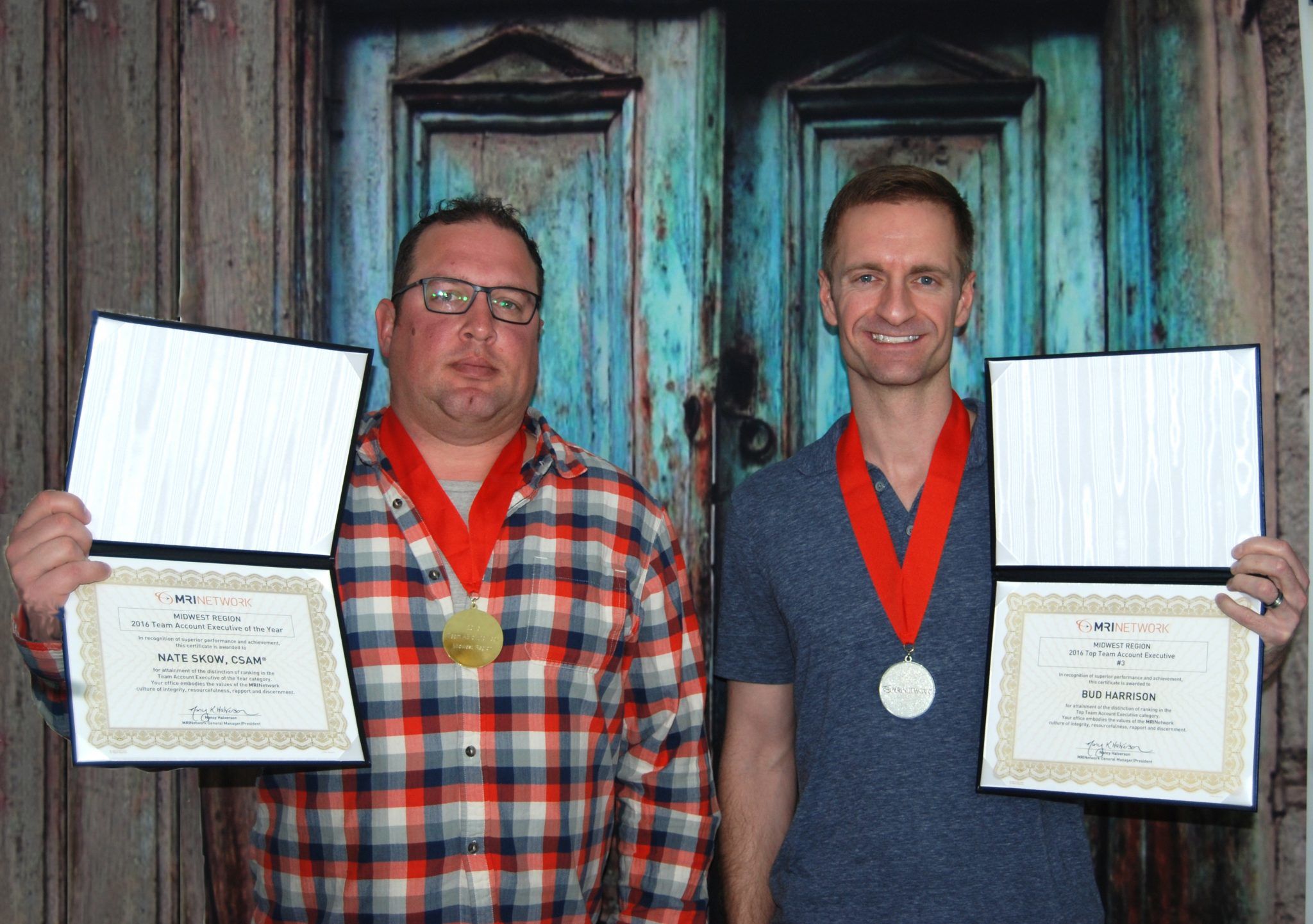 Based upon their outstanding performance last year, Nate Skow, Senior Partner, and Bud Harrison, Partner, have been named Top Account Executives in the Midwest Region.

Both Nate and Bud have been with hireneXus for over a decade. Nate specializes in the manufacturing area and focuses on helping private equity companies fill vital leadership roles. Bud specializes in healthcare and nursing leadership across the United States.