How Engineers Are Making the Workplace Safer 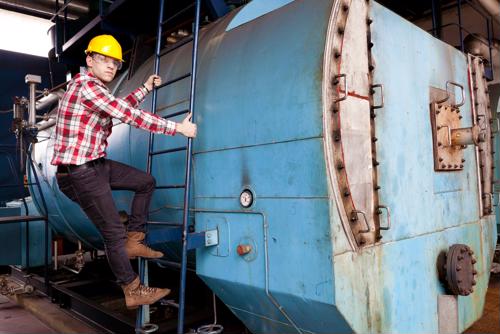 How are engineers making the work environment safer?

Engineering is a massive industry. Those who work within it serve a host of different functions. By the traditional definition, however, engineers are charged with building, designing or identifying the things that make various tasks more efficient – whether for the consumers or other workers.

Somewhat lesser known are the engineers that help to improve the safety of the average workplace. They’re appropriately called safety engineers, and given the rate at which on-the-job injuries occur, particularly in the U.S., they’re in high demand.

While better training and safety awareness have helped to diminish the rate at which employees are hurt at work, they remain quite common. Indeed, according to the most recent figures available from the National Safety Council, injuries requiring medical attention totaled 4.5 million in 2017, which wound up costing businesses north of $165 billion.

Even more recurrent – and costly – are repetitive-movement injuries, which involves doing the same things over and over again which lead to bad backs, neck strain and wrist discomfort, among others.

That’s where safety engineers come into play, charged with monitoring, inspecting and evaluating conditions at the typical workplace, and determining what improvements can be instituted in order to reduce the occurrence of injuries. For the repetitive kind, this may involve the more strategic use and deployment of ergonomics, whether that’s designing chairs that prevent low-back strain or building upon the technologies that make common tasks like typing less likely to result in acute or debilitating pain.

As noted by Occupational Health & Safety, biomedical engineering is something that more workplaces are focusing on and emphasizing to prevent, or at the very least diminish, unintentional injuries. In fact, it’s among the fastest-growing professions in the country, with government figures indicating biomedical engineering is poised to grow 23% between 2014 and 2024. Case Western Reserve University and the University of Connecticut are a few of the higher education institutions that offer this specialty as a major.

In addition to ensuring that functional processes are more ergonomically correct, safety engineers may also be tasked with workplace accident prevention of the more serious kind. Fatalities on the job are far too common, having increased on an annual basis for three consecutive years, based on the NSC’s latest estimates. Safety engineers are employed by businesses in a wide variety of industries, such as construction, to see what systems can make jobs safer. This may be something as simple as inspecting machines to ensure they’re performing as they should or educating workers so they know how to property use safety equipment.

Safety engineers are hard at work all over the country, applying their analytical skills so workplaces can remain as productive and as injury-free as possible. Take Michigan as an example:  According to government data, of the approximately 8,100 industrial engineers in the Wolverine State, around 1 in 10 are safety engineers. They’re employed in just about every work environment you can imagine, including hotels, medical facilities, educational institutions, and even insurance companies.

Nationally, perhaps unsurprisingly, manufacturing is the chief sector in which health and safety engineers are predominantly employed. The Bureau of Labor Statistics noted 25% worked in manufacturing in 2016 and around 18% worked in construction.

Workplace injuries will likely never go away completely. Signs get crossed and physically demanding tasks often aren’t done by the book. Slowly but surely, safety engineers are designing and identifying the methodologies that can at the very least make on-the-job accidents less frequent.